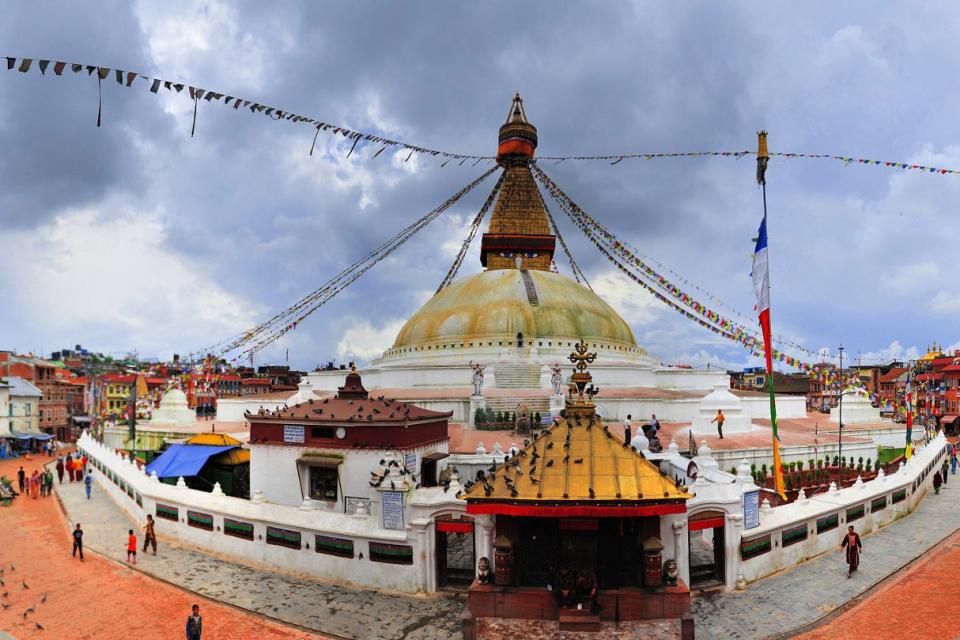 Influenced by the Pagoda style of architecture Kathmandu has both historical and religious significance in the modern day Kathmandu. The Durbar Squares of Kathmandu, Patan and Bhaktapur are the prime examples of historical and religious significance. These Durbar Square are the ancient palaces for the Malla Dynasty that once ruled the Kathmandu Valley. The Durbar Squares are known for temples that surround them. These temples include Hanuman Dhoka, Kumari Ghar, Krishna Temple, Kaal Bhairav Temple, Nyatapola Temple and many more.

Pashupatinath temple is one of the most important holy sites to Hindus in the world. Dedicated to Lord Shiva thousands of Hindus visit this temple every year.

Located 200 km from Kathmandu city, Pokhara is one of the most famous tourist hubs in Nepal. The trip to Pokhara is filled with scenic view of the green hill that surround this valley. Pokhara valley is surrounded by the panoramic view of Annapurna Massifs. These massifs include panoramic view of Annapurna, Dhaulagiri and Machhapuchhre. These peaks can also be seen reflecting over the Fewa Lake. The Fewa Lake includes a boating all around and across the Fewa Lake. In the middle of the Fewa Lake there lies a temple Tal Barahi Temple. The temple provides a religious experience for the people of Hindu community. Other sites in Pokhara include UNESCO world sites such as Davis’s fall, Mahendra cave, Peace convention. The next one will be trip to Sarangkot to view the magnificent rise of the sun over the snowcapped peaks.

Upon your arrival at Tribhuvan International Airport you will be greeted by a designated individual. You will be escorted to your hotel where you will be briefed on your itinerary to make necessary preparations.

While in Kathmandu we visit both Pashupatinath and Boudhanath. In the afternoon we drive to Bhaktapur city. Our first sightseeing includes Bhaktapur Durbar Square and its surroundings. The sites include Changunarayan Temple and 55 windows.

In the morning we take a scenic30-minute flight to Pokhara.We go sightseeing in Pokhara city. We explore various sites such as Davis Falls, Mahendra Cave and many more. We also visit Fewa Lake where we take a boating ride.

Before breakfast we take an early morning trip to Sarangkot to view mesmerizing sunrise among the snowcapped mountain peaks. After breakfast we visit Old Pokhara for sightseeing. We also visit the Gurkha Museum in the afternoon before departing to Kathmandu via flight.

On this day you are free to do as you please until departure. You are allowed to go sightseeing and explore Kathmandu City for shopping. The day can also be spent by taking the day off to rest. A designated individual will drop you at Tribhuvan International Airport as per your flight schedule.