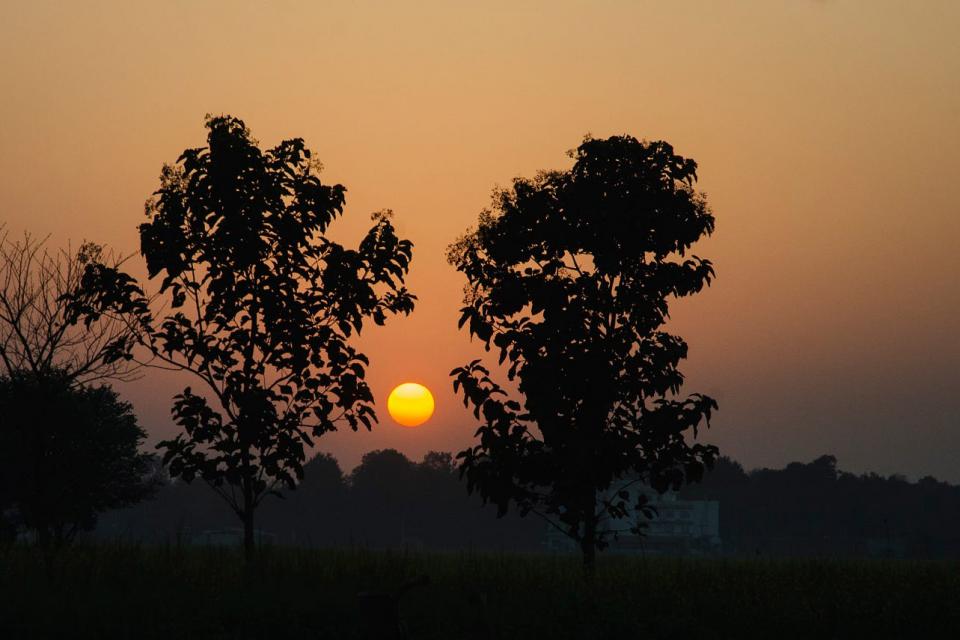 Kathmandu Valley and Lumbini are two UNESCO World Heritage Sites defined by the religious and cultural heritage they carry. Their religious sentiments are reflected upon by the architectural designs and monuments.

Influenced by the Newari culture, Kathmandu Valley is a prime example of architecture and cultural blending together. Most of the religious sites can be seen decked with the Pagoda style designs in all three Kathmandu, Bhaktapur and Patan City. All three cities have a Durbar Square, an ancient palace to then ruling dynasties of Kathmandu Valley. These Durbar Squares hold many important temples and sites such as Kumari Ghar, Kasthamandap Temple, Nyatapola Temple, Krishna Mandir,Bhimsen Temple, Shiva Mandir etc.

Similar to Swayambhunath, Boudhanath Temple is also an important holy site for Buddhists. Filled with Mani wheels and monasteries Boudhanath has a similar aesthetic.

Pashupatinath Temple is a major Hindu temple at the banks of Bagmati River. Dedicated to lord Shiva it is famous for its Shiva linga and shrines. Other temples include Panch Deval (Five Temples), Bachhareshwari Temple and Ram Temple.

Famously known as Birth Place of Gautama Buddha, Lumbini has always been an ultimate travel destination for both Buddhists and Hindus pilgrims alike. Lumbini, also known as the root for Buddhism is famous for its Maya Devi Temple. Maya Devi Temple is the birth place of Buddha that lies beside the sacred Pushkarni Pond. Standing next to the temple is a large pillar known as Ashoka Pillar. The Pillar, a gift of Emperor Ashoka is a holy shrine with inscriptions of Buddhism.

Other notable sites include the World Peace Pagoda, Lumbini Crane Sanctuary and monasteries built various international foundations that highlight their own architectural designs.

Day 1: Arrival at the Kathmandu airport

A designated individual will greet you at Tribhuvan International Airport upon your arrival. You will be transferred to your hotel before being briefed about the itinerary planned ahead.

Today the day will enjoy sightseeing and explore Kathmandu City. We visit Kathmandu Durbar Square and the temples around its premise. In the afternoon we will visit Swayambhunath, Pashupatinath and Boudhanath Temple.

On this day we visit both Bhaktapur and Patan City. We explore both Kathmandu and Bhaktapur Durbar Square then go for sightseeing temples and monuments. These include the Golden Temple, Krishna Mandir, Nyatapola Temple, Changunarayan Temple etc. and many more.

We take a flight from Kathmandu to Bhairahawa. Once there we drive you to your hotel and go sightseeing in Lumbini. Here we explore the Maya Devi Temple and Ashoka Pillar. We also visit World Peace Pagoda and various monasteries surrounding it.

Overnight stay at hotel on full board basis.

Day 5: Flight back to Kathmandu and Departure

After breakfast we take an early flight back to Kathmandu. Here you are free from the itinerary to do as you please until departure. Our airport representative will transfer you to the airport as per your flightschedule as you leave Nepal.

Our airport representative will transfer you to the airport as per your flightschedule as you leave Nepal.