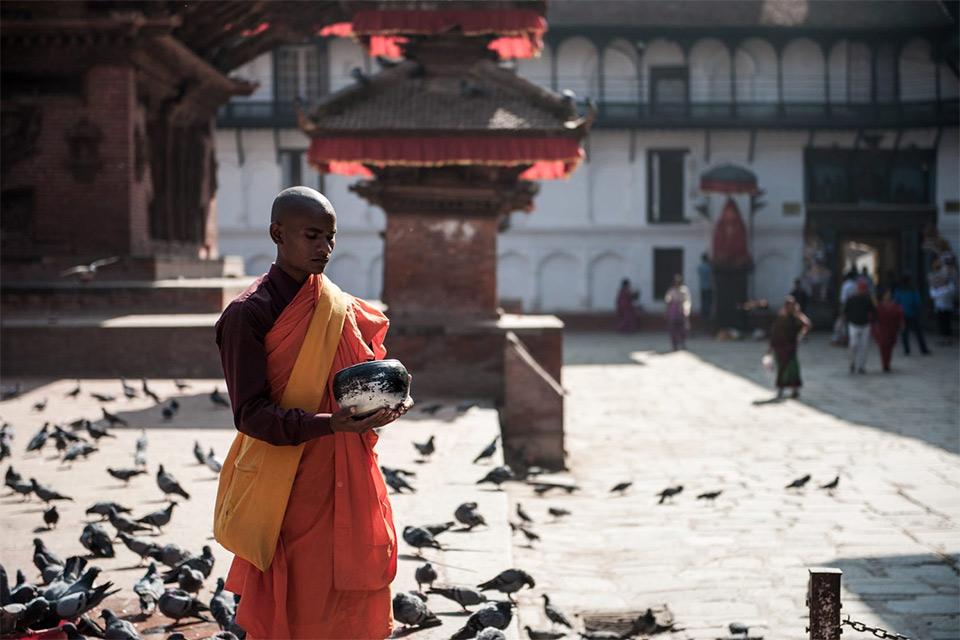 Surrounded by hills with the panoramic views of the mountains Kathmandu valley is a mysterious treasure trove. The captivating valley bustles through every day yet stands still with the presence of rich religious and cultural diversity with historical significance. This majestic valley is made of three major cities of Kathmandu City, Bhaktapur City and Patan City.

Named from the Kasthamandap Temple, this city is a home to as many as 3000 temples from largest of the shrines to the smallest ones in the alley way. Kathmandu Durbar Square is an ancient palace to many dynasties to rule this city. These histories are highlighted by many architectural designs and Pagoda styled temples residing on the Durbar Square. Kumari Ghar the home to the living Goddess Kumari is one of the highlights of this place. Others include the shrines devoted to Lord Shiva, Kaal Bhairab and Seto Bhairab temple etc.

Swayambhunath temple is an important shrine for both Hindus and Buddhist devoted to Gautama Buddha. Located at the top of the hill the Swayambhunath stupa towers firmly over many high rising building and provides the captivating site of the valley. Similarly, Boudhanath temple is also one the major Buddhist attraction in this city. Both these temples are surrounded with monasteries and mani wheels.

Patan Durbar Square is also one of the ancient palace to the ruling dynasties. Influenced by the Newari culture, the Durbar Square is decked with many stupas and shrines. Some of this include the Golden Temple, Krishna Mandir, Bhimsen Temple etc. There are many water sprouts with unique designs of Newari architecture.

Similar to Kathmandu and Patan, Bhaktapur Durbar Square is also one of the ancient palace to the ruling dynasties. There are 172 temples and monasteries in its premise. Some of the highlights of Bhaktapur city includes Nyatapola Temple, 55 windows, the Golden Gate, Changunarayan Temple and many more.

Upon your arrival at Tribhuvan International Airport you will be greeted a designated individual who will escort you to your hotel. You will be briefed about the itinerary planned ahead and make necessary preparations.

Overnight at hotel on B&B basis.

After breakfast we set out to visit both Boudhanath and Pashupatinath Temple. In the afternoon we head for both Bhaktapur City and Patan City. There we explore Bhaktapur and Patan Durbar Square. These Durbar Squares are also decked with many temples such as Golden temple, Krishna Mandir, 55 windows etc. for us to explore.

Overnight at hotel on B&B basis.

On this day you are free from the itinerary to do as you please until departure. You will finally bid farewell to Nepal after your life long memorable and awe-inspiring trip. Our representatives will transferred you to the airport.