Naturally Pokhara A cool destination for the summer 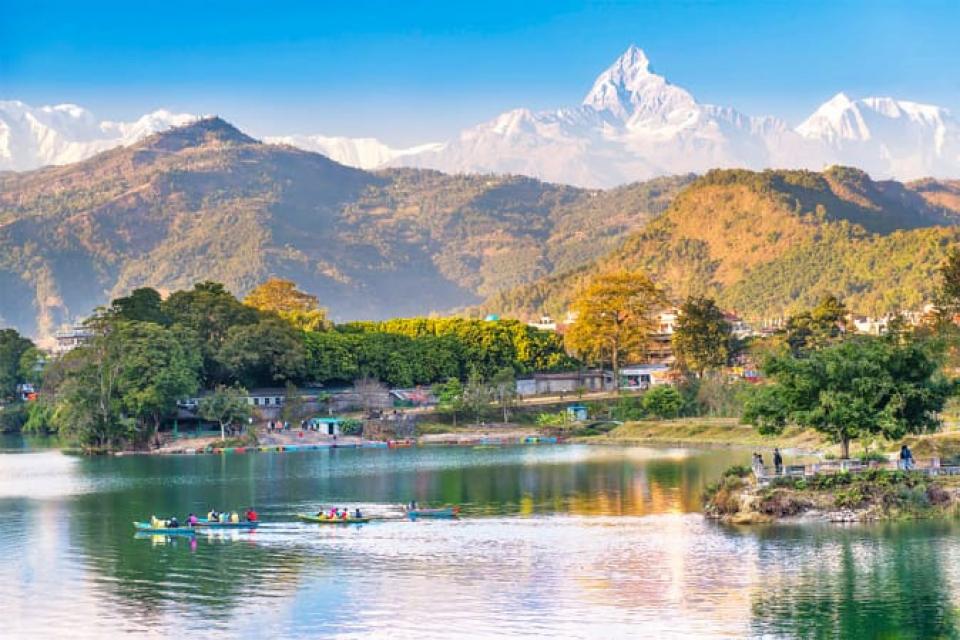 200 km west from Kathmandu, Pokharais a beauty at its finest. Surrounded by the Annapurna Massifs and green ridges Pokhara is a well-known tourist hub. Pokhara blends in the city filled with many UNESCO heritage sites and a unique atmosphere with panoramic scenery of mountains, high hills and landscapes that surround it.

Fewa Lake is one of the largest and well-known lakes in Nepal. It is famous for the reflections for peaks of Annapurna, Machapuchare and Dhaulagiri as well as unobstructed views of Annapurna Massifs. The lake provides various activities such as boating and fishing. In the middle of the Fewa Lake there lies a temple Tal Barahi Temple. The temple provides a religious experience for the people of Hindu community.

Known as PataleChhango in Nepali, Davis’ falls is a beautiful waterfall that connects with PardiKhola and vanishes underground. The waterfall creates wonderful prismatic effect with the sunlight along with soothing sound of the fall.

Gupteshwor Mahadev Cave is a holy site for Hindus known for the natural Shiva lingashrine.

Mahendra cave is named after former Nepa's King Mahendra Bir Bikram Shahadev which was discovered in late 1950's by a young shepherd in the area. The cave canal is dark with nonstop dripping water overhead and full of limestones. There is another cave nearby Mahendra Cave known as Bat cave due to its habitat for bats clinging the ceiling of the cave. The cave is deep, dark and damp place with no light assistance beyond 125 meters.

The refugee camp has an atmosphere of Tibet where Khampas, the former Tibetan guerilla fighters reside.

World Peace Pagoda is one of the 80 white stupas from around the world that was built by Buddhist monks from NipponzanMyohoji organization. It is an important shrine for the people of Buddhist communities.

Day 1: Fly from Kathmandu to Pokhara

From Kathmandu we take a short early morning flight to Pokhara. You will be greeted by a designated individual who will transfer you to your hotel. Today we go sightseeing for half a day and then explore the Fewalakeby boat riding in the evening.

Today we go sightseeing after breakfast. Several locations for our sightseeing includes Davis’Falls,Known as PataleChhango in Nepali, Davis’ falls is a beautiful waterfall that connects with PardiKhola and vanishes underground. GupteshworMahadevCave, Old Pokhara and Gurkha Museum.

We spend another full day sightseeing in Pokhara again.Several locations for our sightseeing includes the Bat Cave and Mahendra Cave. We hike to World Peace Pagoda and then visit Tibetan Refugee Settlements.

Day 4 : Fly back to Kathmandu

We take an early morning flight to Kathmandu. You will be transferred to the airport as per your flight schedule before departure. Farewell.